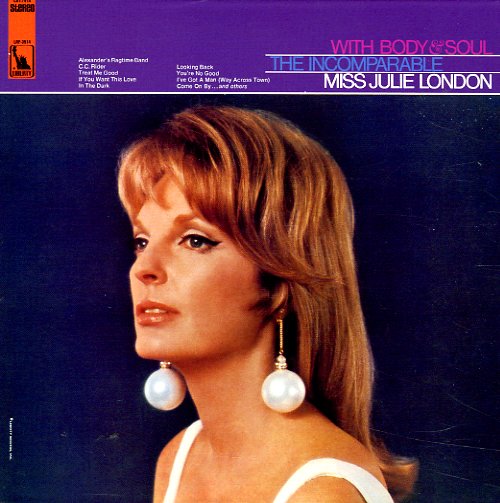 Plenty of body, and even more soul – a great little groove on the record at points, in that slinky, vampy sort of mode that Julie London picked up in the 60s! The album's got Julie taking on a fair bit of R&B and bluesy numbers – still singing in her more jazz-based style, but getting a nice groove on most numbers from Kirk Stuart – balancing out some piano-led grooves with more brassy backings, all very much in the style of Peggy Lee over at Capitol in the early 60s – yet completely different too, given London's vocal approach. Titles include "Romance In The Dark", "I Got A Sweetie", "The Comeback", "Come On By", "If You Want This Love", and "Treat Me Good".  © 1996-2022, Dusty Groove, Inc.