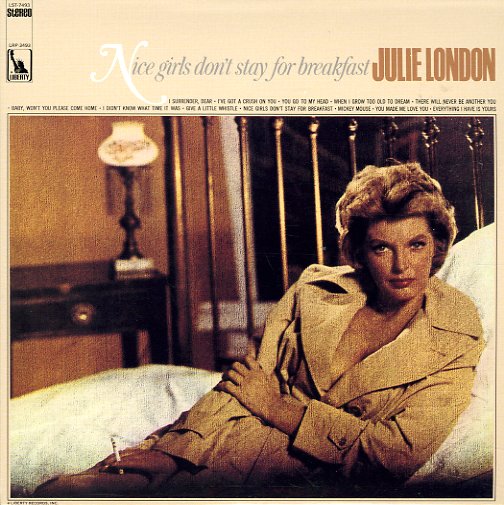 Julie London's shortened her trademark tresses for the cover of this album – but as the title will tell, she's very much in the best sultry territory of her earlier years! This time around, Don Bagley's turned in some near-perfect arrangements that really bring back the London sound of the late 50s – very spare, slow-moving backdrops that are heavy on jazz, and also feature nice use of guitar – an instrument that's always worked well for Julie. Titles include the excellent "Nice Girls Don't Stay For Breakfast" – plus "I've Got A Crush On You", "There Will Never Be Another You", "I Surrender Dear", "Give A Little Whistle", "Baby Won't You Please Come Home", and the very odd "Mickey Mouse".  © 1996-2022, Dusty Groove, Inc.