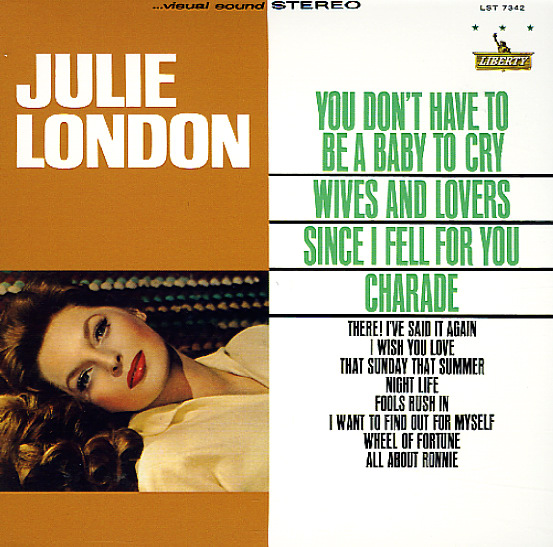 An overlooked gem from Julie London's early 60s years on Liberty Records – a time when she was changing up her sound a bit, but still staying strong as one of the sexiest vocalists on the west coast scene! Ernie Freeman handles the backing, and he brings in an undercurrent of soul that's mighty nice – some slight blusesy touches at the bottom of the arrangements, and a few occasional horn solos that give the record a nice bite, even when mellow. Titles include "That Sunday That Summer", "Charade", "Night Life", "Wheel Of Fortune", "Since I Fell For You", "Fools Rush In", "I Wish You Love", and a swinging version of "Wives & Lovers"!  © 1996-2021, Dusty Groove, Inc.