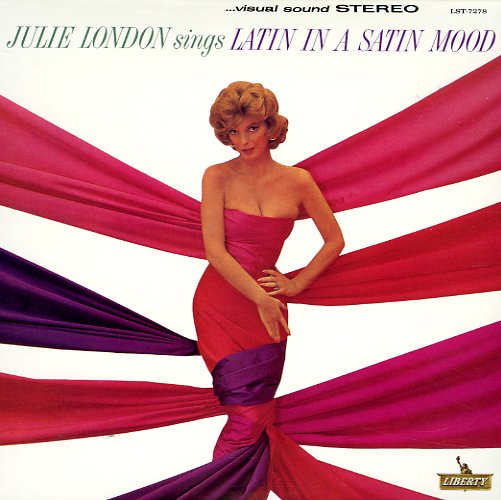 A sweet little swinger from Julie London – a record that goes for a bit of a Latin vibe, in ways that change things up nicely – and makes for more of a kick than you'd normally hear on some of the mellower records that were initially London's calling card in the 50s! Ernie Freeman handles the music, so the groove isn't really straight Latin – but more of a syncopated approach that's different from the smoother London sounds on other Liberty albums, topped with some bold trumpet flourishes and marimba bits, too – ala the sounds starting up over at A&M Records! Titles include "Perfida", "Adios", "Vaya Con Dios", "You Belong To My Heart", "Sway", and "Yours".  © 1996-2021, Dusty Groove, Inc.