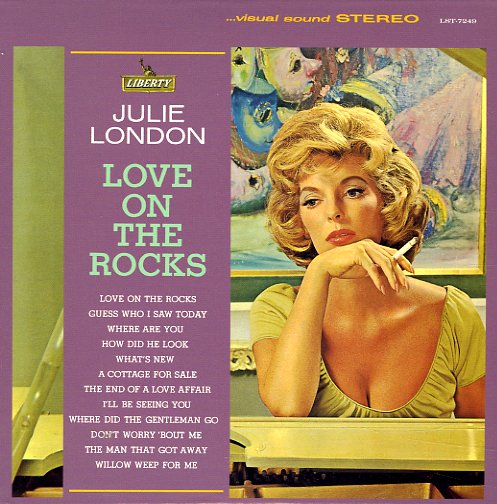 A record that has Julie London already hitting that great "Nice Girls Don't Stay For Breakfast" mode of later years – the adult, informed approach that showed that the teasing nude of the 50s had turned into a pleasing woman of the 60s – capable of frank presentation of material and assumption of desire that other singers often still just toyed with. Peter King handles the arrangements, and mixes soft strings with lighter modes to really flesh out Julie's simple but effective delivery of the tunes. Titles include "Love On The Rocks", "Where Did The Gentleman Go", "What's New", "How Did He Look", "The End Of A Love Affair", and "Where Are You".  © 1996-2022, Dusty Groove, Inc.