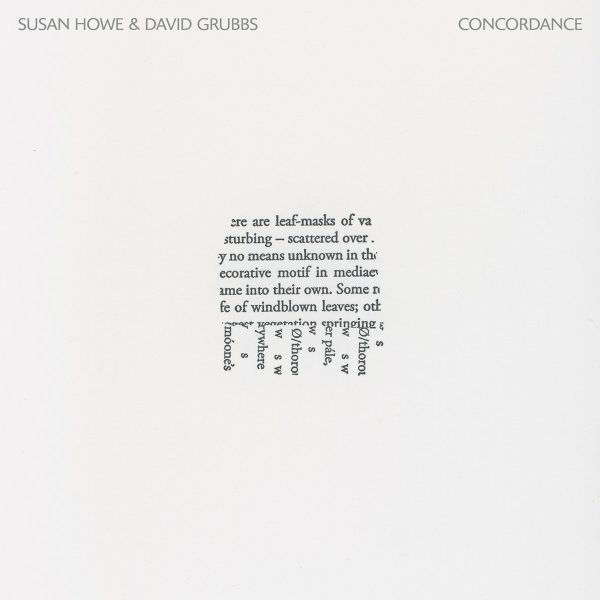 The fifth album in what's become a surprisingly strong legacy of collaboration – as musician David Grubbs works here alongside poet Susan Howe, providing piano accompaniment to her spoken words! If you know Howe's poetry at all, you'll know that it's unique in both content and structure – and her own reading of it is incredibly illuminating – maybe as striking a vocal performance as Laurie Anderson in a more serious mood, but with a vibe that's completely different, given the content. Grubbs' piano work is wonderful – spacious, and at a level that never seeks to challenge the words, but which illuminates it beautifully with all these little sparks of sound and warmth!  © 1996-2022, Dusty Groove, Inc.