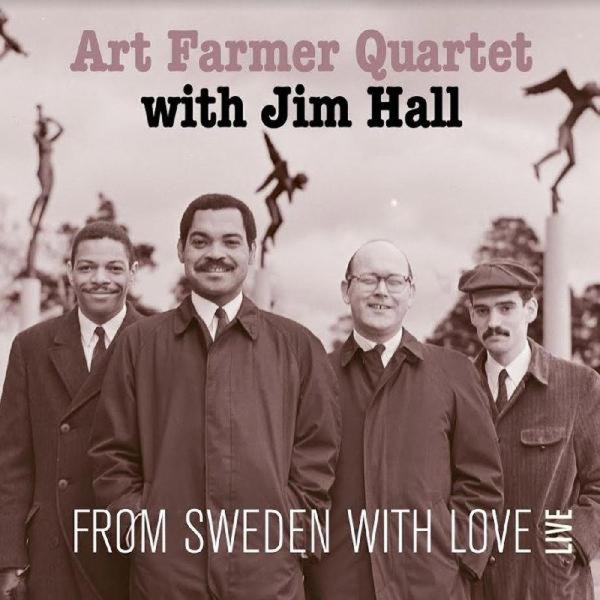 From Sweden With Love

Never-issued music from a really legendary group – titled in a way that's similar to their famous 60s record for Atlantic Records – but a batch of live material recorded in Sweden with an equally sublime sort of feel! Art Farmer works here on flugelhorn alongside guitarist Jim Hall – a brief but important pairing in 60s modern jazz – especially when combined with the talents of Steve Swallow on bass and Pete LaRoca on drums – four artists who make for a really revolutionary quartet, as they explore the space of sound, and the space between the notes, in ways that still sound as revolutionary now as they did when recorded back in 1964! Titles include "Theme For Jobim", "Sometime Ago", "Waltz Hot", "Birk's Works", "I Love You", and "Bilbao Song".  © 1996-2022, Dusty Groove, Inc.