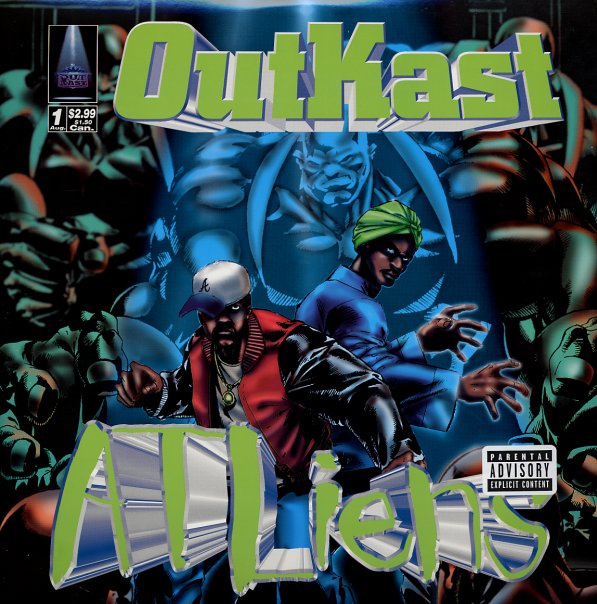 A landmark album – both for Outkast and the Atlanta scene too – as the set soars forward from the territory of their debut Southernplayalisticadillacmuzik – with crazy, free flowing, inventive rhymes and soulful outer space grooves that still manage to stay grounded enough to aptly reflect the darker realities of the ATL scene! While some of that city's work would soon lapse into cliche, that's definitely not the case here – as Dre and Big Boi rhyme over these wonderfully laidback grooves that have a wicked southern fried vibe. Titles include "ATLiens", "Two Dope Boyz (In A Cadillac)", "Wheelz Of Steel", "Jazzy Belle", "Babylon", "Millennium", and "13th Floor/Growing Old".  © 1996-2022, Dusty Groove, Inc.
(Fantastic 25th Anniversary package – with the bonus unreleased instrumentals album!)