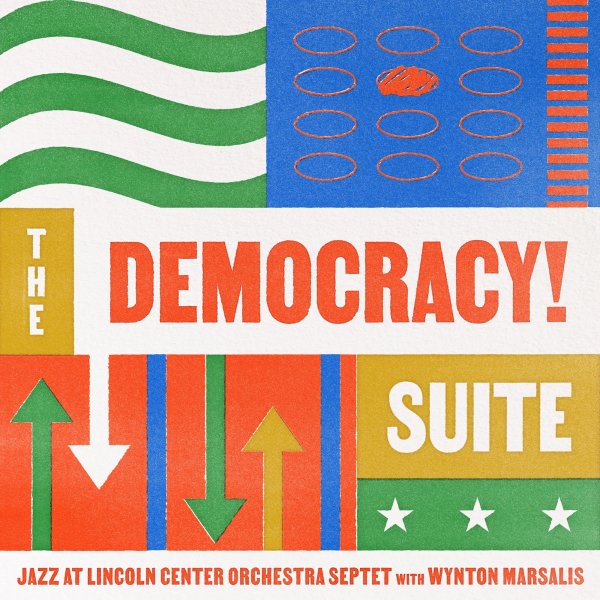 Democracy got a mighty challenge in 2020, and the Jazz At Lincoln Center group did as well – kept away from performing for a big part of the year, but able to finally regroup and give the world this wonderful suite of tracks composed by Wynton Marsalis! Over the years, Marsalis has become such a frontman and public figure, we sometimes forget that at the core, there's a great ear for creative music – both on the charts, and in performance – something that definitely comes to the forefront here as Wynton solos in a lineup that also features solo performances from Ted Nash on flute and alto, Elliot Mason on trombone, Walter Blanding on tenor and soprano, Dan Nimmer on piano, and Obed Calvaire on drums and percussion. The tunes on the set work together both as separate songs and a unified whole – give a spirit that's hopeful and majestic, on titles that include "Out Amongst The People", "Deeper Than Dreams", "Sloganize Patronize Realize Revolutionize", "It Come Round Gin", and "That's When All Will See".  © 1996-2022, Dusty Groove, Inc.

Wooden Glass Recorded Live
Interim/P-Vine (Japan), 1972. New Copy (reissue)
LP...$34.99 39.99 (CD...$24.99)
Mad funky vibes from The Wooden Glass – a group led by vibist Billy Wooten – an obscure player in the history books, but one who has had a huge influence on 21st Century groove! Billy's got a hard style on the vibes that's like Bobby Hutcherson and Roy Ayers at their soulful best ... LP, Vinyl record album