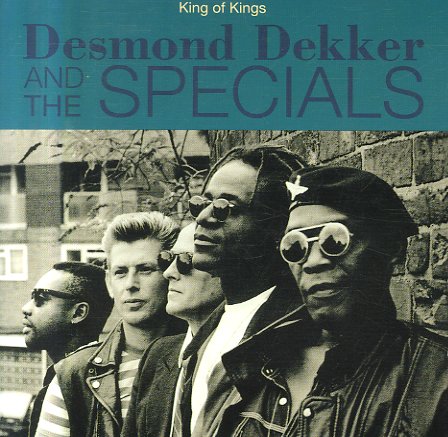 A really great pairing of talents – the vocals of the legendary Desmond Dekker and the talents of UK revivalists The Specials – coming together in a set that really brings out the best of both acts at the same time! The Specials are really back to 2Tone basics here – but maybe more rocksteady than ska, and working with nicely understated production that keeps the group from falling into the global ska cliches that were taking over at the time. Dekker's lost a bit of his edge, but still sounds great – and brings a hell of a lively presence to the proceedings – on titles that include "King Of Kings", "Oil In My Lamp", "Sammy Dead", "Fat Man", "Carry Go Bring Come", and "Dancing Mood".  © 1996-2021, Dusty Groove, Inc.