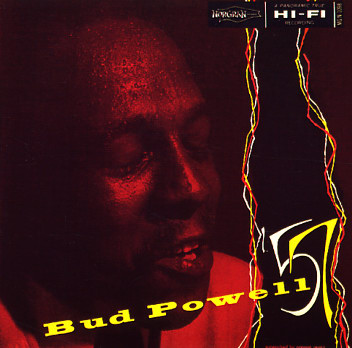 The title says "57", but the music's from a few years before – yet that's OK with us, because Bud Powell always has a sound that's instantly timeless no matter what the year! The album brings together sides from Verve dates in 1954 and 1955 – one featuring Art Blakey on drums and Lloyd Troutman on bass, the other featuring Max Roach and Percy Heath. Given the presence of the strong drummers, there's a drive here that's a bit harder than on some of the other Verve dates – a highly rhythmic component that often brings a real focus to some of the more upbeat numbers, but which lays back nicely on the mellower ones to let Powell hit some especially dark notes. Titles include "Deep Night", "That Old Black Magic", "Round Midnight", "Thou Swell", and "Tenderly".  © 1996-2022, Dusty Groove, Inc.