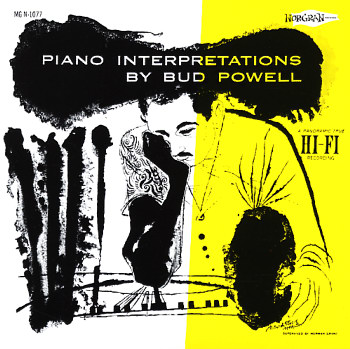 The album's way more than just a sense of "interpretations" – because with Bud Powell at the helm, everything here is remade anew! The album's possibly the most focused of Powell's mid 50s sides for Verve – George Duviver on bass and Art Taylor on drums – and features the same trio throughout, on material all recorded in a single date, which is different from other Powell albums that brought together more than one session. The rhythm is very pronounced here – with a pulse that grooves most numbers along nicely, while Bud takes plenty of left (and right) turns with his angular work on the keys of the piano. At times, there's almost a Monkish quality to some numbers – and titles include "Conception", "Willow Weep For Me", "Bean & The Boys", "Ladybird", "Stairway To The Stars", and "Willow Groove".  © 1996-2022, Dusty Groove, Inc.