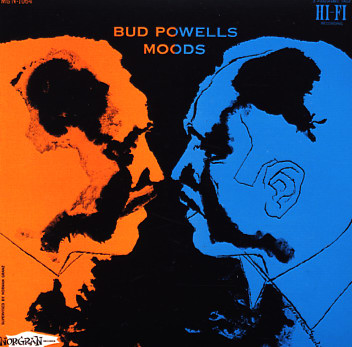 The moods of Bud Powell are some plenty darn ones – corners of sound that few other players had explored at this point in time – served up here especially well in the album's gentler numbers, which almost seem like evil doppelgangers to some of the more rote cocktail piano of the 50s! Powell's in tremendous form here – opening up with imagination on each new number, but never losing his sense of soul in styles that are too modern or too stiff. Rhythm is from Art Taylor on drums, and either George Duvivier or Percy Heath on bass – and titles include a great version of the Powell standard "Time Was" – plus the tracks "Buttercup", "Fantasy In Blue", "The Best", and "It Never Entered My Mind". Nice David Stone Martin cover too!  © 1996-2022, Dusty Groove, Inc.