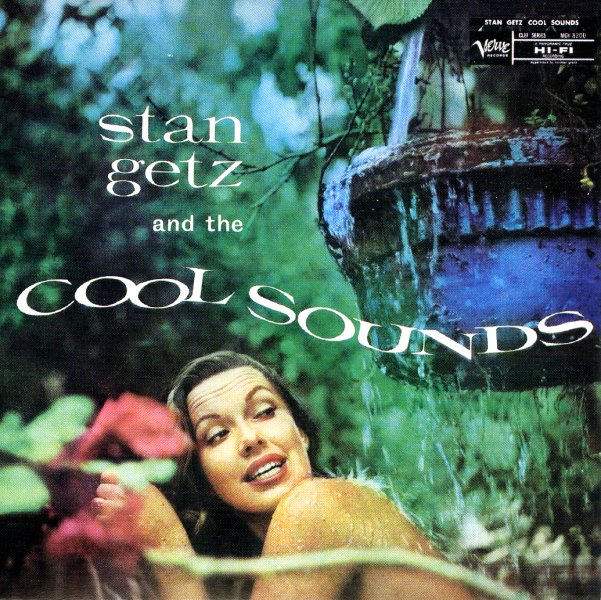 An odd little album in the Stan Getz catalog of the 50s – not just because of the cheesy cover and title, but also because it features a range of unusual material recorded over a three year period with a variety of different players! Some of the dates here definitely fit the "cool sounds" title of the record – in that they feature Getz with the west coast lineup of Loy Levy on piano, Shelly Manne on drums, and Leroy Vinnegar on bass – heard more famously on Stan's West Coast album of the same time. But other sides feature a different grouping – with Jimmy Rowles on piano, Bobby Whitlock on bass, and Max Roach on drums – offering up a different side of the west coast altogether. And still others take things back to more of an east coast modern style – by featuring either Tony Fruscella on trumpet or Bob Brookmeyer on trombone, in groups with John Williams on piano. The mix of material makes for a nicely-rounded portrait of Getz's talents in the mid 50s years – and the album features 10 tracks that include "Nobody Else But Me", "Serenade In Blue", "Of Thee I Sing", "Love Is Here To Stay", "Blue Bells", "Roundup Time", "Rustic Hop", and "A Handful Of Stars".  © 1996-2022, Dusty Groove, Inc.