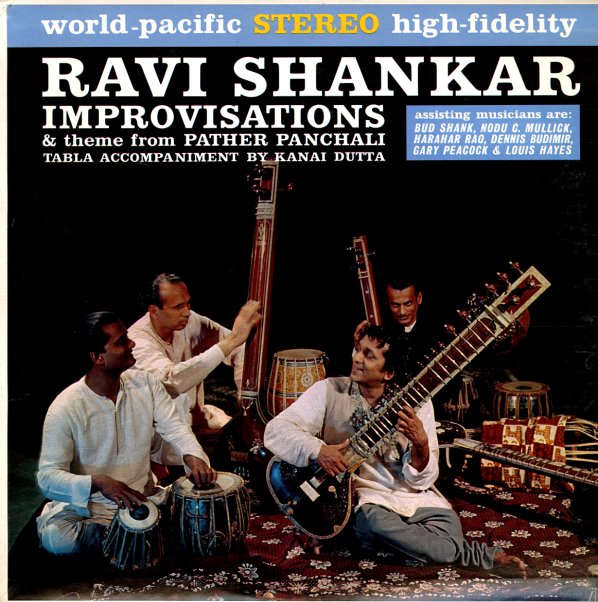 An early American release by sitar genius Ravi Shankar – and a set that already shows his strong influence on other worlds of music – as he works here on one track with help from some young musicians on the west coast scene! The bulk of the record has Shankar in a small group – with Kanai Dutta on tabla, Harihar Rao on dholak, and Nodu Mullick on tampura – creating loose grooves that are filled with plenty of the improvisation in the title – the side-long "Raga Rageshri" and "Improvisation On The Theme Music From Panther Panchali". But there's also one great jazz track – "Fire Night" – which has work from reedman Bud Shank, guitarist Dennis Budimir, bassist Gary Peacock, and drummer Louis Hayes – all grooving on a bit of a modal jazz tip, making the track dance like a lively little MPS world jazz number!  © 1996-2021, Dusty Groove, Inc.