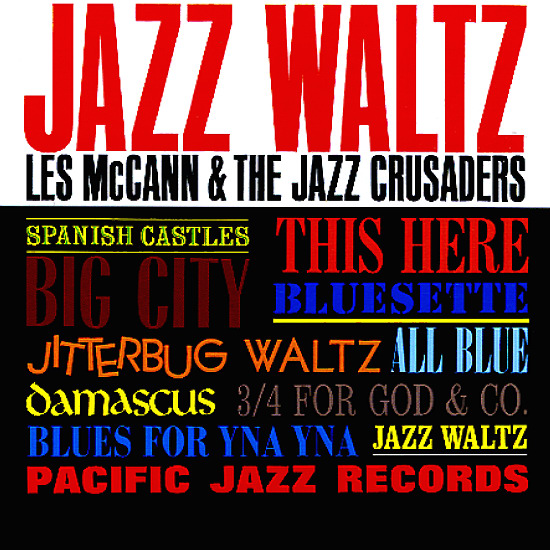 A real cooker – and a stone soulful set that works some real magic at so many levels! First off, the record brings together two of the hottest talents on the west coast scene of the 60s – pianist Les McCann, and the firey young Jazz Crusaders – who are really burning here with a tightness and sense of energy that's amazing. But more than that, the record also features Les hitting some keys alongside his usual piano – both electric piano and Hammond, which come off here with a great sound – especially alongside Joe Sample's additional work on acoustic piano and organ. Horn solos are great – with tight work from Wilton Felder on tenor and Wayne Henderson on trombone – and titles include "Big City", "Spanish Castles", "Damascus", "Blues For Yna Yna", "This Here", and "All Blue".  © 1996-2021, Dusty Groove, Inc.

Surging Ahead
Pacific Jazz (Japan), 1962. New Copy
CD...$13.99
Early trio work from pianist Clare Fischer – definitely surging ahead at this point in his career! The set's got a bit more of a freewheeling sound than some of Fischer's later, more arranged material – lots of tight piano from Clare in the lead, swung with a good blend of soul jazz ... CD