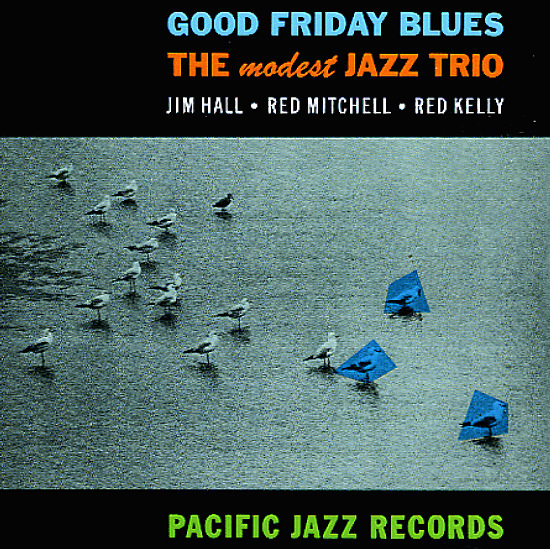 A really unusual trio outing from Jim Hall – almost overlooked, and with a really unusual feel overall – quite airy at times, but with a bluesy undercurrent too! There's a bit more bite here than on some of Jim's other records – a harder-edged, bluesier way of hitting the guitar that's almost much more Kenny Burrell than the usual sound from Hall – although Jim still manages a nice nimble touch at times too. The group features Red Mitchell on piano and Red Kelly on bass – which keeps things very open and intimate – almost improvisatory at times. Titles include "Bill Not Phil", "When I Have You", "Willow Weep For Me", and "Good Friday Blues".  © 1996-2022, Dusty Groove, Inc.