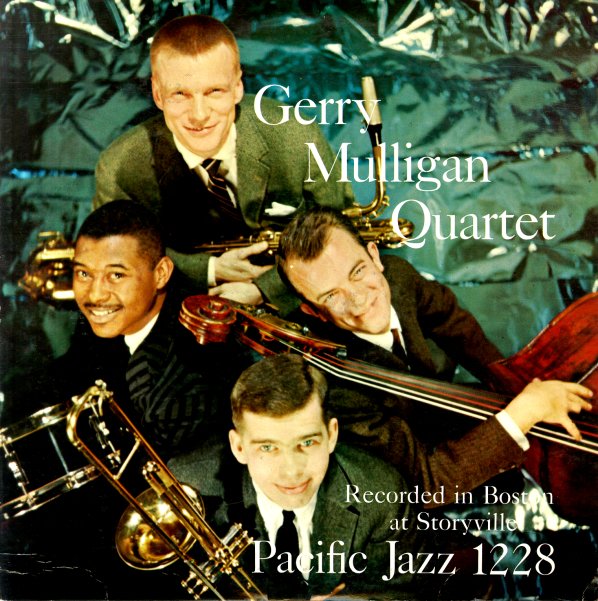 Gerry Mulligan brings the piano back in nicely here – but in a way that still hangs onto all the best modern tones of his earlier Pacific Jazz sessions! The date's a live one – done at Storyville in Boston – but the sound is wonderfully intimate, with Gerry on baritone sax and piano, Bob Brookmeyer on valve trombone, Bill Crow on bass, and Dave Bailey on drums. The Crow/Bailey rhythm section is superb – nicely swinging throughout – and Gerry's work on piano has that airy, moody quality that would show up even more strongly in the 60s. Titles include "Bweebida Bwobbida", "Open Country", "Rustic Hop", "Bike Up The Strand", and "Storyville Story".  © 1996-2022, Dusty Groove, Inc.