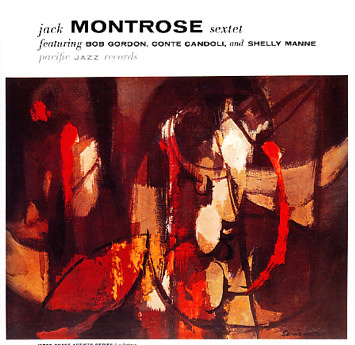 A beautiful example of why the west coast scene was great when it was working at its finest – that perfect blend of group formation and individual identity that could make a record like this so great! Tenor player Jack Montrose cut a rare few albums in the 50s, but this one's a gem – done with help from frequent partner Bob Gordon on baritone sax, and with other players that include Conte Candoli on trumpet, Paul Moer on piano, Joe Mondragon on bass, and Shelly Manne on drums – a well-matched group that definitely knows how to follow the course, and break off in individual directions when needed. The style is tightly arranged, but not too tightly that the band doesn't have room to swing – and the mix of Montrose's tenor and Gordon's baritone is sublime together! Titles include "Listen Hear", "Some Good Fun Blues", "Fools Rush In", "Speakeasy", "Pretty", "Credo", and "That Old Feeling".  © 1996-2022, Dusty Groove, Inc.