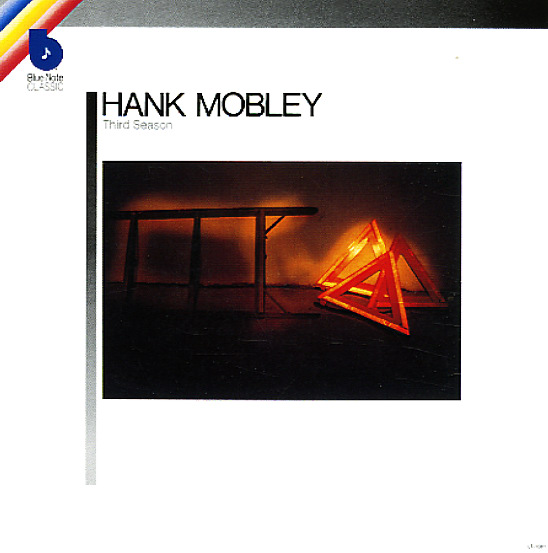 One of those rare treasures that was recorded by Blue Note in the 60s, but not issued at the time – a great late Hank Mobley set from 1967 that only saw the light of day in 1980! The album's got Hank really opening things up – using some of those more inventive rhythms and articulate phrasing that really graced his late years at Blue Note – a bold step forward, given his already-great run of material for the label! The core group is a quintet – with Lee Morgan on trumpet and Cedar Walton on piano – both of whom add to the lyrical edge of the playing – and most tracks feature additional work from James Spaulding on alto and flute, and the wonderful Sonny Greenwich on guitar – a player whose unique phrasing really helps shape the record's sound! Rhythms are from Walter Booker on bass and Billy Higgins on drums – again both great choices for the sometimes-modal qualities of the record – and titles include "Don't Cry Just Sigh", "Steppin Stone", "Third Season", "Boss Bossa", and "An Apertif". CD features one bonus track – an alternate of "Don't Cry Just Sigh".  © 1996-2022, Dusty Groove, Inc.

Slice Of The Top
Blue Note (Japan), 1966. New Copy
CD...$13.99
A lost session by Hank Mobley – originally recorded in 1966, but not officially issued until 1979, and then only briefly until another short issue in the mid 90s! The record has Mobley really reaching out into a new bag – hitting a more soulfully arranged sound than on some of his ... CD