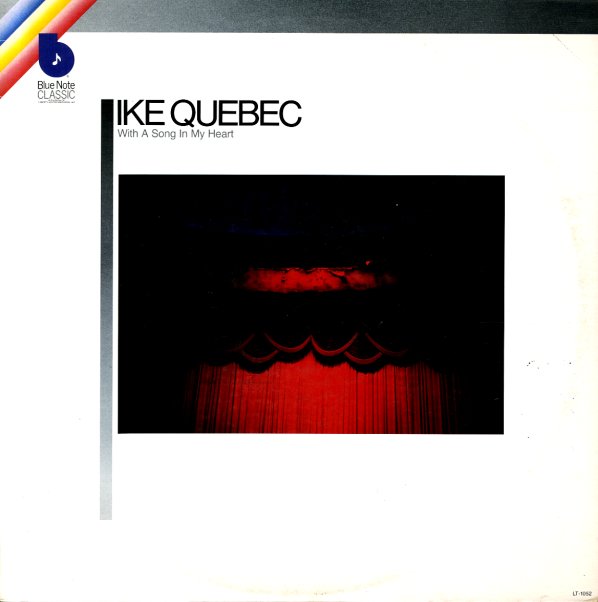 A killer album that stands as a wonderful complement to Ike Quebec's classic LP sessions for Blue Note – and a set that's even more noteworthy for a rare early appearance of keyboardist Earl Van Dyke! Earl's best known for later famous work at Motown – but here, he plays some great mellow Hammond – really laying back nicely, alongside Quebec's soulful tenor – in a group that also features Willie Jones on guitar, Sam Jones on bass, and Wilbert Hogan on drums. The tunes here were all originally recorded as potential singles for Quebec, but most weren't issued by Blue Note at the time – and they're pulled together here as a really well-crafted album that's essential listening if you're a fan of the tremendous tenorist! Titles include "Intermezzo", "With A Song In My Heart", "How Long Has This Been Going On", "What Is There To Say", "All The Way", and "But Not For Me".  © 1996-2022, Dusty Groove, Inc.