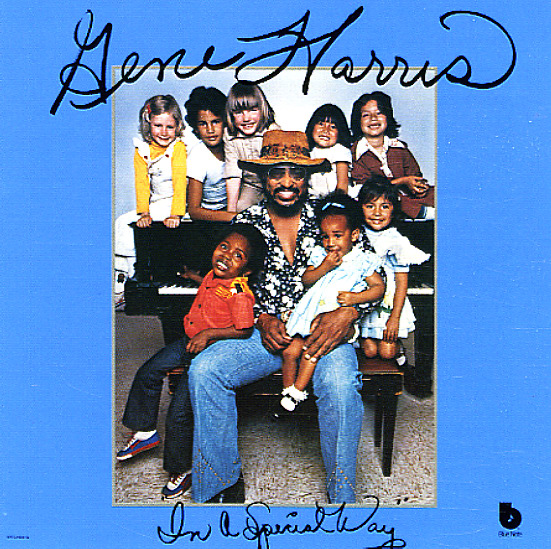 Funky, soulful, and completely sublime work from keyboardist Gene Harris – working here with some great help from Jerry Peters on arrangement and production – in a style that makes the album one of Harris' most compelling sets of the 70s! The backings are full, but tight too – and in addition to Gene's own sweet work on keyboards, the set's also got some massive drums from Harvey Mason and James Gadson – both of whom really help things crackle at the bottom! Other instrumental highlights include more keyboards from Jerry Peters, tenor from Azar Lawrence, and trombone from George Bohannon – plus guitar from Lee Ritenour too. There's a bit of vocals on the set – mostly a soul chorus sort of mode that works perfect with Peters' groovy arrangements – and titles include "Love For Sale", "Theme For Relana", "Rebop", "Zulu", and "Soft Cycles".  © 1996-2022, Dusty Groove, Inc.

Tone Tantrum
Blue Note (Japan), 1977. New Copy
CD...$13.99
Sweet sweet keyboards from the amazing Gene Harris – one of his seminal electric sides for Blue Note in the 70s – recorded between his earliest fame in the Three Sounds, and his later return to acoustic styles in the 80s! The sound here is equal parts jazz and soul – as Gene's ... CD