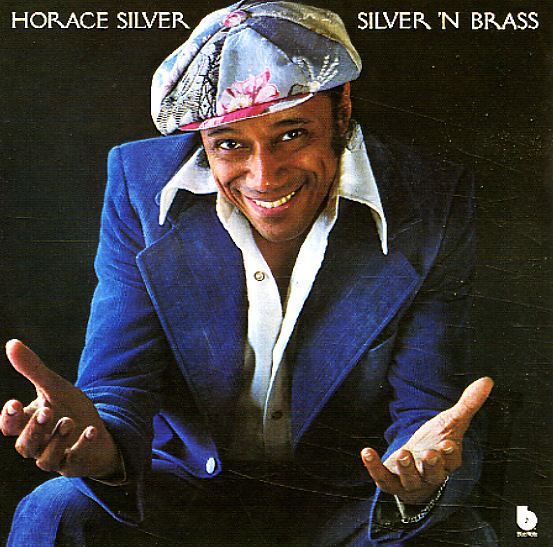 A beautifully soulful set from Horace Silver – hardly the "with brass" session you might guess from the title, and instead a well-integrated album that really showcases a new level of arranging genius from Horace! The set is heavy on hip horns – with work from Oscar Brashear, Bobby Bryant, and Tom Harrell on trumpets – plus Frank Rosolinon on trombone, Jerome Richardson on alto and soprano sax, Buddy Collette on flute, and Bob Berg on tenor – but these instruments are often wrapped up in this warmly rolling groove driven by the bass of Ron Carter and drums of Al Foster – inherently funky, but much more complicated from a rhythmic perspective – and rolling out beautifully with a really imaginative vibe! Tunes are all originals by Silver – wonderful little numbers filled with passion and life – almost painting in sound, with really rich tones and colors throughout. Titles include "The Sophisticated Hippie", "Dameron's Dance", "Barbara", "Adjustment", "Mysticism", and "Kissin Cousins".  © 1996-2021, Dusty Groove, Inc.

Silver 'N Voices
Blue Note (Japan), 1976. New Copy
CD...$13.99
A beautiful, beautiful record from Horace Silver – one of his great 70s experiments for Blue Note – and a set that has him working in the same "jazz with voices" mode explored by Max Roach and Donald Byrd in earlier years! The core of the set is focused around the great work ... CD

Silver N Wood
Blue Note (Japan), 1975. New Copy
CD...$13.99
Wonderful work from Horace Silver – part of a great run of late 70s sides for Blue Note that unlock a whole new side of his soulful talents! The vibe here is different than the previous United States trilogy – still very righteous, with an overt message too – but served up in ... CD

Spotlight On Drums – Art Blakey – Sabu
Blue Note (Japan), 1952/1953. New Copy
CD...$13.99
A seminal, yet unusual 50s Blue Note treasure! The album brings together a number of Horace Silver's great trio recordings from the early 50's, most of them with Art Blakey on drums, showing the fluid, rumbling genius that would later make him such a great leader. But the record also includes 2 ... CD