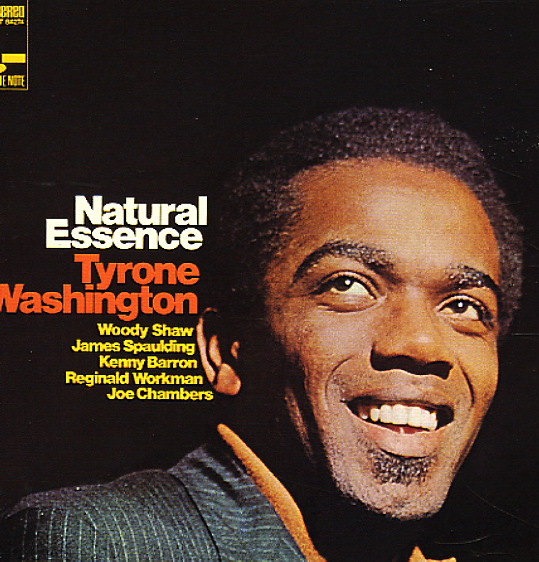 A rare and unusual chapter in mid 60s Blue Note – the debut of tenorist Tyrone Washington, an up-and-coming talent from the hip New Jersey scene of the time! Washington's name may not have lasted long in the jazz annals, but at this important point in his career, he's working with a young Woody Shaw – also part of the Jersey scene – and together, the pair really make the album cook – stretching out with a soulful, spiritual sound that really points the way towards the indie scene of the 70s! Shaw's voice is a big part of the record, but Tyrone's still definitely in command – blowing his tenor with these quick flurries of notes that are somewhere in the Coltrane school, yet arguably moving already past him too – kind of a post-Coltrane vibe in the year before the great one passed away. Washington also wrote all of the album's 6 tracks – really fresh numbers that burn with intensity, and make the album as creatively inventive as some of the best Jackie McLean Blue Note sides from the time. In addition to Woody Shaw's trumpet, other players include James Spaulding on alto and flute, Kenny Barron on piano, Reggie Workman on bass, and Joe Chambers on drums – a very hip lineup who really make magic on cuts that include "Yearning For Love", "Ethos", "Soul Dance", "Positive Path", and "Song Of Peace".  © 1996-2023, Dusty Groove, Inc.