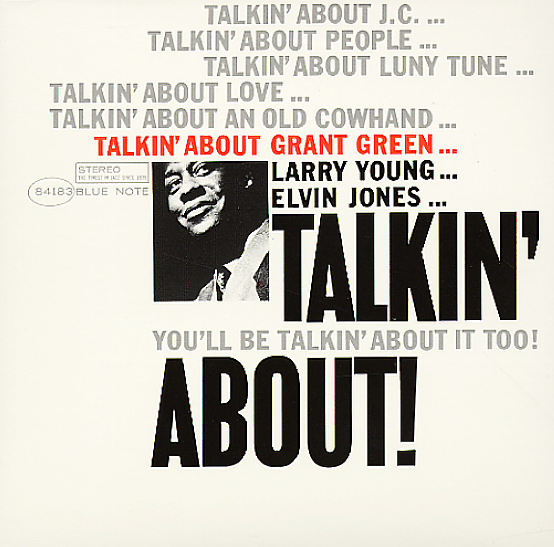 A real standout in the career of guitarist Grant Green – and that's really saying a lot, as every one of his albums is pretty darn special! The set's a trio date, but it's very different than the mode that Grant was using just a few years before – as it's an early pairing with organist Larry Young, and both players take off in all these really wonderful new directions – working with just the drums of Elvin Jones for accompaniment, a player whose Coltrane-trained sense of rhythm brings Green and Young to the height of their early powers! The songs are open and loose, and the set includes two killer early Young compositions – "Talkin About JC" and "Luny Tune" – plus takes on "People", "I'm An Old Cowhand", and "You Don't Know What Love Is".  © 1996-2023, Dusty Groove, Inc.