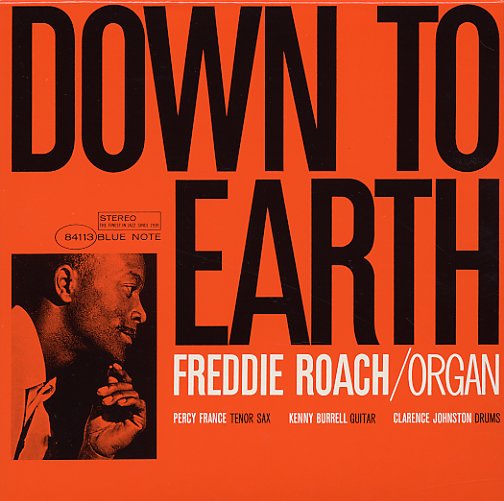 A tremendous album from organist Freddie Roach – arguably his best record ever for Blue Note, and a really wonderful session! The set's got Freddie opening up in a slightly hipper groove than on some of his more R&B-influenced sides – working with a quartet that includes Percy France on tenor, Kenny Burrell on guitar, and Clarence Johnston on drums. Tracks are longish, with some really great rhythms – and show Freddie moving past straight Hammond grooving, into a more righteous mode that would emerge even more on his albums for Prestige. 6 tracks in all, and the titles include "De Bug", "Ahm Miz", "Althea Soon", and "Lion Down".  © 1996-2022, Dusty Groove, Inc.