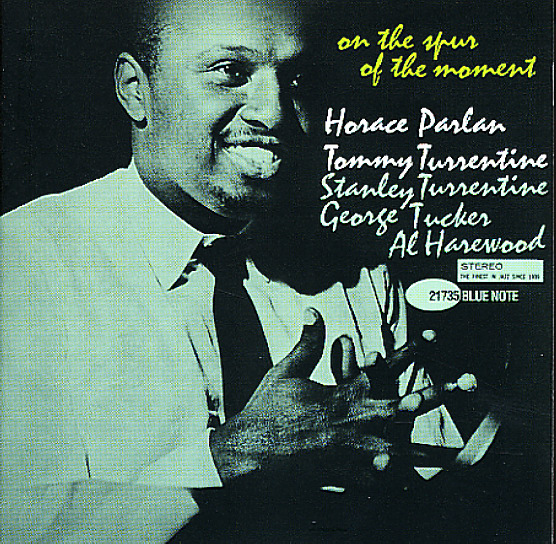 On The Spur Of The Moment

A darkly-grooving killer from pianist Horace Parlan – and one of our favorite Blue Note albums ever! Although Parlan's always a great player on other sides for the label, this album has him stepping out with an extra edge that's really amazing – working with brothers Tommy and Stanley Turrentine to craft some tunes that roll with the propulsive energy of the best Blue Note hardbop sides, but which also have some edgier moments, and almost point the way towards some of the new thing experiments that would transform the work of Jackie McLean! All players are still quite straight, but they've got a way of putting together tones and textures that's really wonderful – heard to famous effect on the album's early version of Booker Ervin's track "Skoochie" – but soaring all the way through on titles that include "On The Spur Of The Moment", "Ray C", "Al's Tune", and "Pyramid".  © 1996-2022, Dusty Groove, Inc.