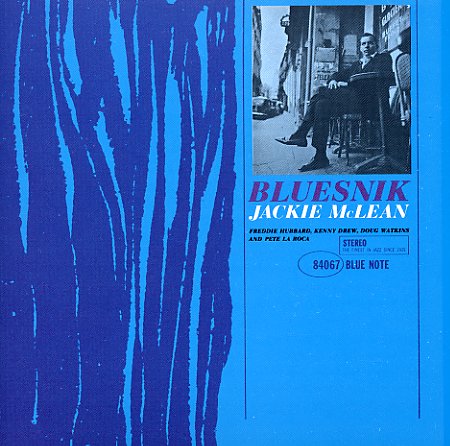 Also available
Jackie McLean — Bluesnik ... CD 6.99
A crackling date from Jackie McLean – a set that's much more hardbop than some of his other Blue Note work – filled with fire, far from the 50s – and really pointing the way towards his new directions to come! There's a hint of modernism in the mix, mostly on the tone from McLean's alto sax – but most numbers are forward-thinking, and played with a sense of perfection that's pure Blue Note all the way through. Group members include Freddie Hubbard on trumpet, Kenny Drew on piano, Doug Watkins on bass, and Pete LaRoca on drums – and titles include "Cool Green", "Torchin", "Bluesnik", "Drew's Blues", and "Blues Function".  © 1996-2022, Dusty Groove, Inc.