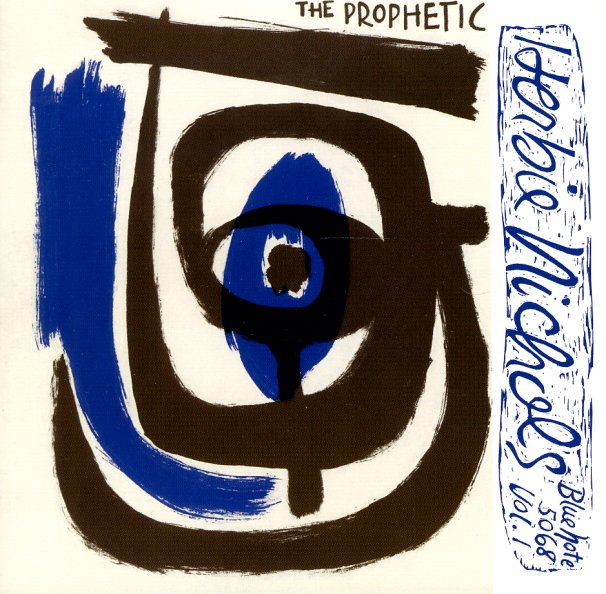 Killer piano jazz, and some of the greatest modernist work ever recorded by Blue Note! Herbie Nichols deserves every bit of the rare fame he ever got – and it's only the paucity of his recordings that has kept him from achieving the status of Thelonious Monk or Cecil Taylor as an avant garde forefather – which makes this album a really key piece of a too-small jazz puzzle! Nichols is amazing throughout – bristling with new ideas, and a fresh approach to modern jazz that also transforms the presence of the other two members of the trio – Art Blakey on drums and Al McKibbon on bass, both of whom are clearly following Herbie's lead here. All titles are original – Nichols was a hell of a writer – and titles on this first volume include "Third World", "Step Tempest", "Dance Line", and "Blue Chopsticks".  © 1996-2022, Dusty Groove, Inc.

Prophetic Herbie Nichols Vol 2
Blue Note (Japan), 1955. New Copy
CD...$13.99
Killer piano jazz, and some of the greatest modernist work ever recorded by Blue Note! Herbie Nichols deserves every bit of the rare fame he ever got – and it's only the paucity of his recordings that has kept him from achieving the status of Thelonious Monk or Cecil Taylor as an avant garde ... CD