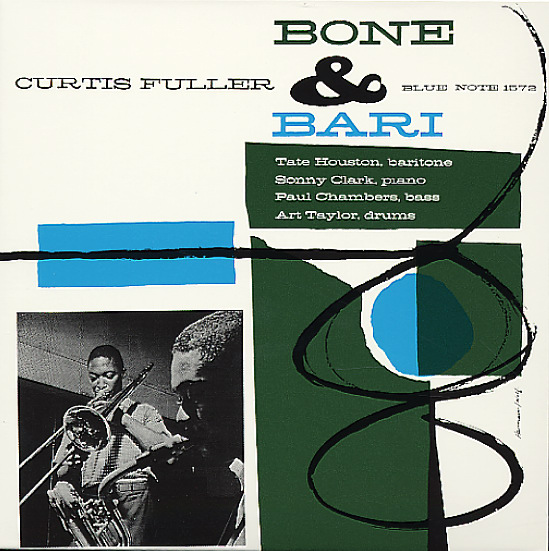 One of the "bottomest" albums you'll ever hear – as trombonist Curtis Fuller meets baritone saxophonist Tate Houston – for a real session of "bone" and "bari" grooving that's one of the most striking Blue Notes of the time! The album features the pair working hard to push their instruments past conventional expectations – gliding with a fluid ease that you really wouldn't expect, yet still working out all the gutbuckety soul propensities that the instruments possess. Part of the strength of the session is the rhythm section – which features Sonny Clark on piano, Paul Chambers on bass, and Art Taylor on drums – but another strong aspect is the choice of material, which includes some nice originals like "Again", "Pickup", "Nita's Waltz", and "Algonquin".  © 1996-2022, Dusty Groove, Inc.

Soundin' Off
Blue Note (Japan), 1960. New Copy
CD...$13.99
A killer quartet session by Brit trumpeter Dizzy Reece, recorded as one of his three American albums for Blue Note during the late 50s! Unlike the other records, which featured larger groups, this album's done with a quartet – which gives Reece a chance to really take over on his solos ... CD

Smithville
Blue Note (Japan), 1958. New Copy
CD...$13.99
A really hard-edged set from trumpeter Louis Smith – one of his only two albums as a leader from the early years, and a heck of a great little album, thanks to tenor work by Charlie Rouse! Rouse is blowing beautifully here in one of his classic pre-Monk appearances – recorded at a time ... CD