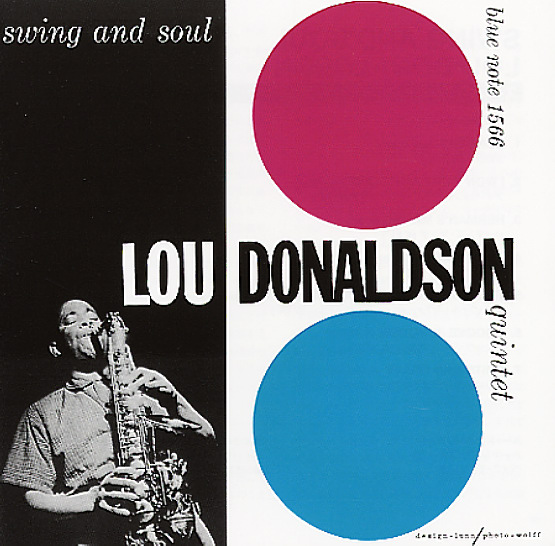 Pure genius from Lou Donaldson – proof that his voice on the alto sax was one of the freshest in the post-Charlie Parker years! Lou's blowing here with a lively intensity that's clearly inspired by Parker, but which diverges from it quite a bit – taking a similar blend of inspiration and rediscovery that Jackie McLean was using on his Blue Note sessions of the time, but going in a much more soul-based direction than Jackie ever did. The group on the set's great too – with Donaldson's frequent accompanist Herman Foster on piano, always a treat on any set – plus Peck Morrison on bass, Dave Bailey on drums, and Ray Barretto kicking up a nice little groove on conga! Titles include "Herman's Mambo", "Peck Time", "Groove Junction", and "Grits & Gravy".  © 1996-2022, Dusty Groove, Inc.

Quartet/Quintet/Sextet
Blue Note (Japan), 1952/1954. New Copy
CD...$13.99 (CD...$9.99)
Great early material from Lou Donaldson – with a hard-hitting bop sound missing from his later work! The tracks are short, raw, and lively – and filled with the kind of pre-hardbop soul that Donaldson was infusing into jazz, along with other players on the material – like Horace ... CD

Midnight Sun
Blue Note (Japan), 1960. New Copy
CD...$13.99
A killer from Lou Donaldson's early hardbop years at Blue Note – recorded right during his classic run of albums for the label, but not issued until many years later! There's a sweet bounce to most tracks here – the kind of vibe that Lou had most famously on his Blues Walk album – ... CD

Sassy Soul Strut
Blue Note (Japan), 1973. New Copy
CD...$13.99
Plenty of sass, and plenty of soul – a great mix of modes from the mighty Lou Donaldson – who's still pretty darn funky here, but in a way that's different than his small combo records from a few years before! The set has Lou expanding his sound a bit from the harder funk of Blue Note ... CD

Sophisticated Lou
Blue Note (Japan), 1972. New Copy
CD...$13.99
A really unique album for Lou Donaldson – especially for his early 70s run on Blue Note! The session lives up to its title by offering up a batch of soulful ballads from Lou – tunes that really focus on his sweet lines on alto, yet set amidst some larger backing arranged by Wade Marcus ... CD