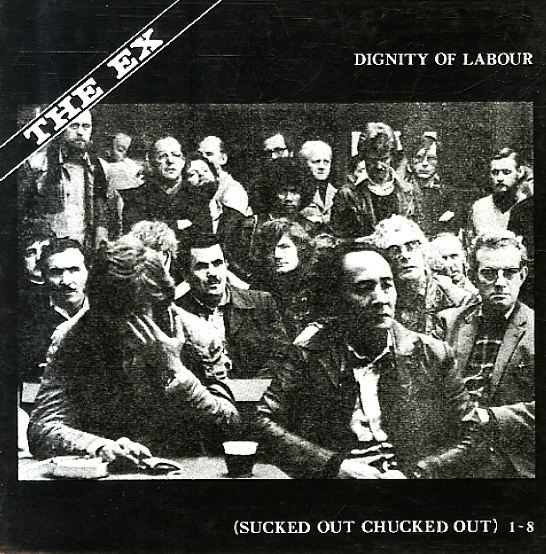 Dignity Of Labor – Sucked Out Chucked Out

Crucial early work by The Ex – exactly the sort of set that shows why the group ended up becoming a genre unto themselves! The record has a story that lives up to its title – as the group recorded the set in the ruins of an abandoned paper factory – once home to hundreds of workers in the town in which they were living at the time, then a casualty to changing labor modes as industrialization shifted to other points of the globe! As such, the music is often very brooding and dark – still with punkish guitars and vocals, but also noise and effects that really set the mood. The track titles all fit the spirit of the record too – eight different selections, all numbered versions of "Sucked Out Chucked Out".  © 1996-2021, Dusty Groove, Inc.
(First time reissue – with poster and booklet!)