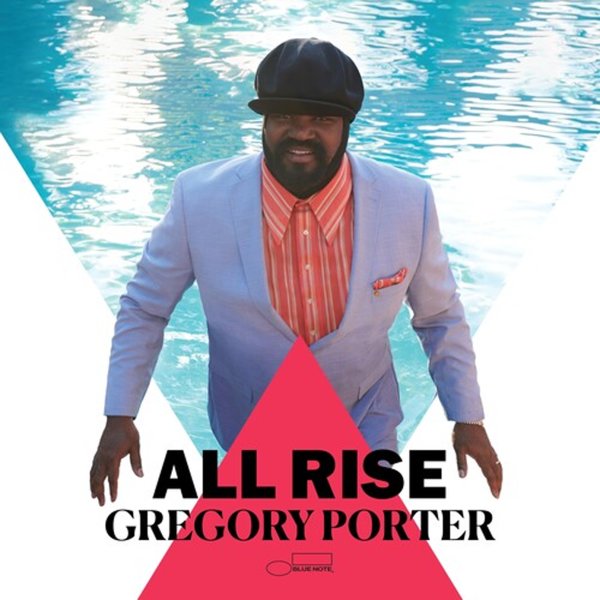 A heck of a step forward for Gregory Porter – and we're stunned to say that, because he's already had so many great steps forward in his career! Gregory's already been a hell of a singer for years – we've loved him since the very first note he ever recorded – but with a record like this, he continues to rise into the stratosphere of a rare few singers who can transcend both their roots and their genres – with the kind of trans-generational music that will have folks listening to this set for decades – and around the world, in so many different ways! The All Rise in the title is very fitting – as this is definitely a set to lift up the world – with titles that include "Mr Holland", "Concorde", "Dad Gone Thing", "Revival", "Merchants Of Paradise", "Long List Of Troubles", "Everything You Touch Is Gold", "Merry Go Round", "Thank You", and "Phoenix".  © 1996-2021, Dusty Groove, Inc.
(Barcode has a cutout hole.)

So Far So Close
Blue Note, 1989. Used
CD...$4.99
With Michael Brecker on tenor sax, Randy Brecker on flugelhorn, Will Lee on bass, and Peter Erskine on drums. CD

Flirting With Twilight
Blue Note, 2001. Used
CD...$7.99
Think what you may about this groove-patched hipster – we still think he's one of the best jazz vocalists of our time! Kurt Elling's carrying a torch that few other singers could handle – a direct line back to the genius male jazz vocal work of singers like Mark Murphy and Jon ... CD

Brazilian Classics
Blue Note, Late 80s/1990s. Used
CD...$11.99
The name, and the title, give the whole game away – as Eliane performs a set of older Brazilian tunes, all in that wonderful light-hearted style of hers! About half the tracks feature Eliane on vocals, the rest just piano – working with players that include Eddie Gomez, Jack DeJohnette ... CD

Love
Reprise (Japan), 1961. Used
CD...$18.99 (CD...$3.99)
A really unusual album from Rosemary Clooney – recorded with lush backings from Nelson Riddle, in a style that gets past the lighter mode of earlier years! Clooney really opens up in Riddle's company – and hits a mature, adult mode that almost points the way towards directions Morgana ... CD