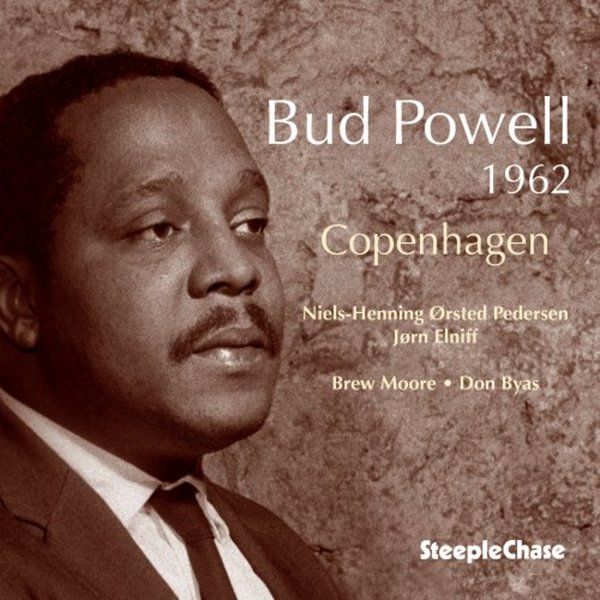 Great late life recordings from the legendary Bud Powell – recorded in Copenhagen, the Danish city that really helped Bud gain control of his life and his skills on the keys – presented here in a mixture of broadcast recordings and live material too! The core trio features Niels Henning Orsted Pedersen on bass and Jorn Elniff on drums – and the group is joined by the twin tenors of Brew Moore and Don Byas on an especially nice take on "Round Midnight". Yet the trio tracks are the main attraction here, and there's a new sense of space and mature timing that really marks this period of Powell's career – as you'll hear on "Blues In The Closet", "Hackensack", "I Remember Clifford", "Like Someone In Love", "Straight No Chaser", "52nd Street Theme", and two takes of "Anthropology".  © 1996-2022, Dusty Groove, Inc.