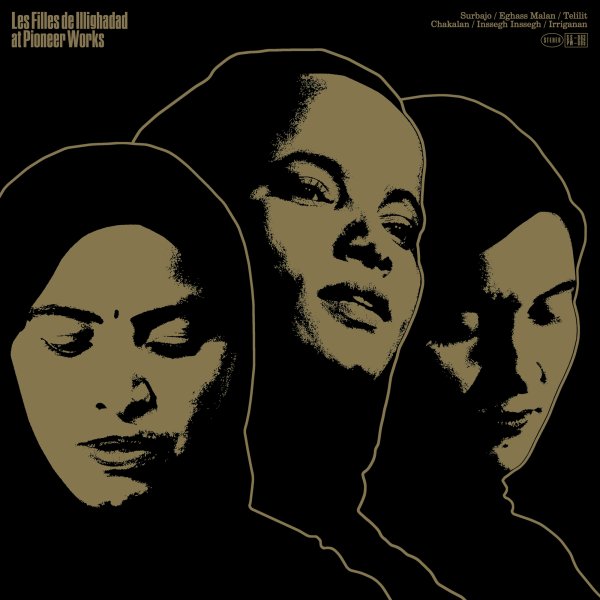 Really fantastic work from a group who come from a small village in Niger, but who work here with a sound that may well revolutionize the sound of sub-Saharan music! Les Filles De Illighadad fall somewhere into the contemporary spectrum of Tuareg guitar work, but their sound is also very much their own too – not just laced with some incredible work from the three female guitarists in the group, but given this beautiful pulse with spare percussion, as the vocals of three singers intertwine in all these harmonies that are as unusual and compelling as the sounds of their guitars! There's a lot of warmth here, and a universality that transcends most groups of this type – as we hope you'll hear on titles that include "Telilit", "Irrignan", "Chakalan", "Eghass Malan", and "Surbajo".  © 1996-2022, Dusty Groove, Inc.