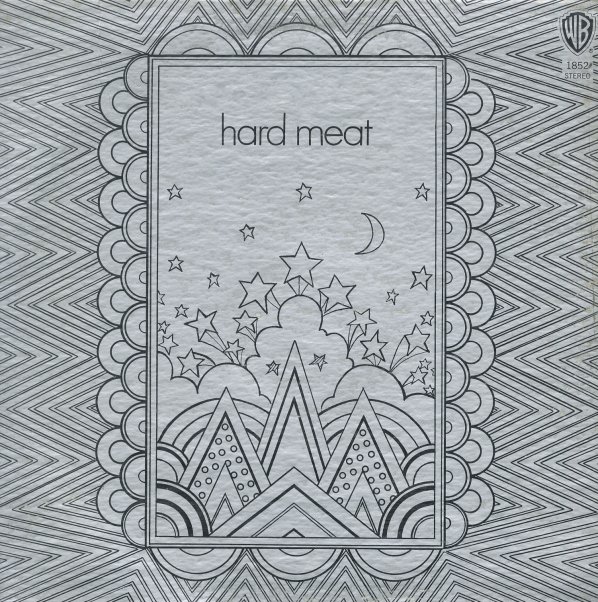 Hard Meat are a group with a name that's a bit misleading – you might guess some sort of Spinal Tap-ish posturing hard rock act – but instead, these guys have a really moody kind of quality that mixes plenty of acoustic instrumentation in with some more progressive electric passages – all at a level that almost makes you feel like these guys started out as a folk group, but one who wanted to jam a lot more in the end! Guitar and vocals are handled by Mick Dolan – a superb instrumentalist, and a compelling singer – and the other two members of the group include Steve Dolan on bass and Mick Carless on drums and percussion – both players who use acoustic elements as much as their guitarist. The blend almost makes you feel as of Joe Boyd had decided to record a prog album for Island – and titles include "Universal Joint", "Run Shaker Life", "Through A Window", "Yesterday Today Tomorrow", and "Time Shows No Face".  © 1996-2021, Dusty Groove, Inc.