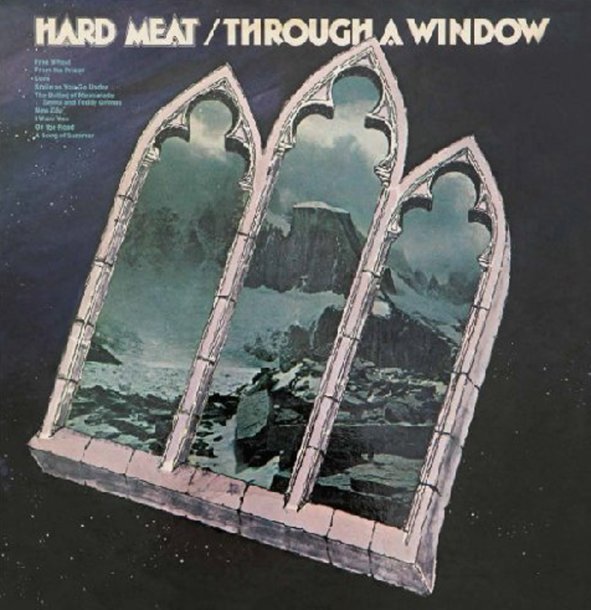 The second great album from Hard Meat – a British trio with a spirit that's all their own – not the hard rock vibe of some of the other contemporary combos of that format, but instead this magical blend of acoustic and electric elements that spins out with wonderful musicianship throughout! The songs here are a bit shorter than on their debut, and the lyrics sometimes have more of a focus too – but the record is still most concerned with interplay between guitar, bass, and drums – with as much acoustic sounds as electric, although almost never with the kind of roots-oriented vibe an American group might have. Titles include "Love", "The Ballad Of Marmalade Emma & Teddy Grimes", "On The Road", "Freewheel", "New Day", and "Smile As You Go Under".  © 1996-2021, Dusty Groove, Inc.