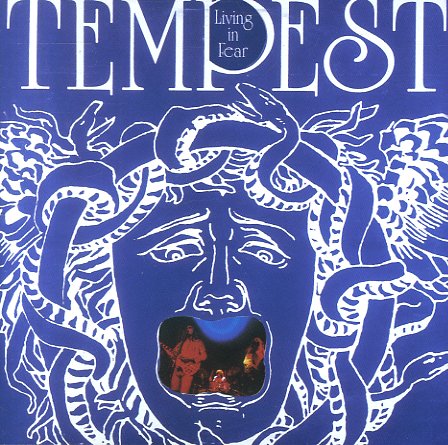 A really great record from Tempest – a group who have so many different things going on at once – guitars that would be right at home on a hard rock effort, rhythmic complexity that verges on prog, and a tunefulness that really sends the whole thing over the top with an unexpected appeal that keeps on going throughout the entire set! Maybe the tipoff is the group's great cover of "Paperback Writer" – showing a love of the harmony in earlier work by The Beatles – updated here to a more guitar-based, fuzz-heavy style for the 70s – and matched with some equally groovy songs that have us wondering why these guys never found more of a following at the time! Other titles include "Funeral Empire", "Stargazer", "Dance To My Time", "Living In Fear", and "Waiting For A Miracle".  © 1996-2022, Dusty Groove, Inc.

Forget Your Dream (limited colored vinyl – with bonus tracks)
Long Hair (France), 1972. New Copy Gatefold (reissue)
LP...$34.99 39.99
A fantastic bit of work from this obscure Swiss group from the early 70s – one who recorded this rare nugget in just a very short space of time, but with a quality level that rivals some of the bigger label classics that took months to create in the studio! At the core, these guys have ... LP, Vinyl record album