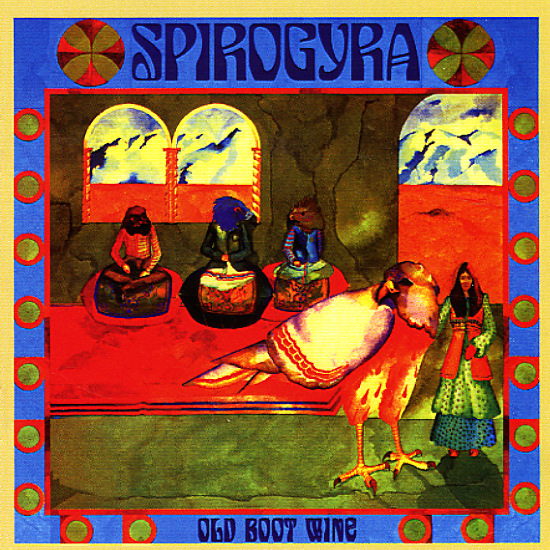 Compelling sounds from Spirogyra – a group who have some proggish elements, but also a folksy sensibility too – which makes for a really wonderful balance between jamming moments and more intimate sounds! Guitar and keyboards take plenty of place in the mix – often spinning out strongly – but the group also features a fair bit of acoustic guitar, too – mixed with lovely vocals from Barbara Gaskin, and fragile male leads from Martin Cockerham. Tunes have a slightly poetic quality, but never in a drippy way – and the production is full one minute, light the next – which can really make for a nice sense of shading to the tunes. Titles include "Dangerous Dave", "A Canterbury Tale", "Grandad", "World's Eyes", "Wings Of Thunder", and "Disraeli's Problem".  © 1996-2022, Dusty Groove, Inc.

Mammut (limited colored vinyl)
Mouse/Long Hair (France), 1971. New Copy (reissue)
LP...$29.99 38.99
The only album ever issued by Mammut – a fantastic German group who worked in the same Black Forest setting as the MPS Records label – which maybe is why there's so many wonderful jazz elements in the mix here! The record's got equal parts jazz and psych going on – maybe almost ... LP, Vinyl record album