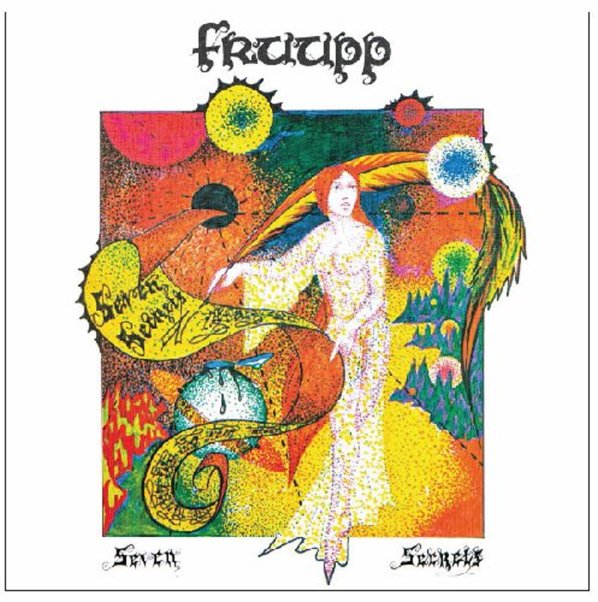 Very cool work from Fruupp – one of the more progressive acts on the legendary Dawn label from the UK, and one who aren't afraid to mix in a bit of oboe with their freewheeling guitar and keyboard lines! The group have a sound that's a bit hard to peg – maybe a slight classical influence at times, although they never stop rocking either – and their sense of a tune is a bit different than most, with a slight touch of whimsy that maybe comes through as much in the instrumentation as in the lyrics! Peter Farrelly handles lead vocals – and titles include "Garden Lady", "Three Spires", "White Eyes", "Wise As Wisdom", and "Faced With Shekinah".  © 1996-2022, Dusty Groove, Inc.

Mammut (limited colored vinyl)
Mouse/Long Hair (France), 1971. New Copy (reissue)
LP...$29.99 38.99
The only album ever issued by Mammut – a fantastic German group who worked in the same Black Forest setting as the MPS Records label – which maybe is why there's so many wonderful jazz elements in the mix here! The record's got equal parts jazz and psych going on – maybe almost ... LP, Vinyl record album