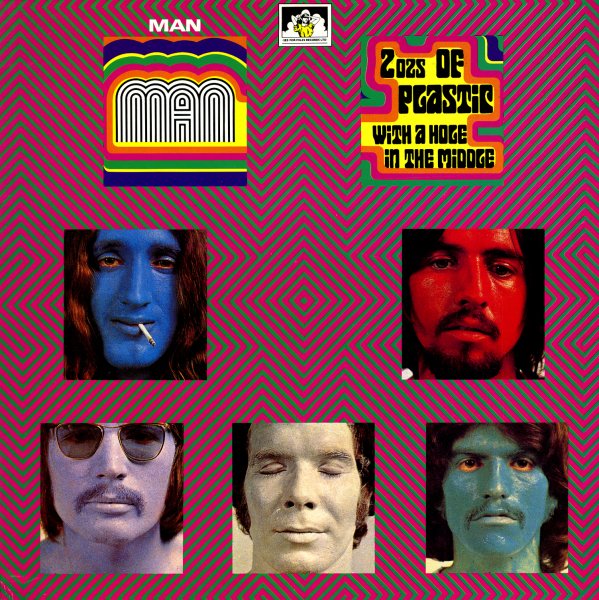 2 Ozs Of Plastic With A Hole In The Middle

A record with an understated title – one that hardly gets at the raw power that Man serves up here on their smoking second album! As before, the group have a great way of blending prog instrumentation with a more down to earth sort of quality – one that's even a bit different than their freakier image on the cover, with occasional roots elements that balance nicely next to the searing lead guitar from Micky Jones! Jones is clearly one of that generation of players who was schooled in blues, then turned up the fuzz and really learned how to trip out – and his solos alone are worth the price of admission here. Titles include "Spunk Box", "My Name Is Jesus Smith", "The Storm", "It Is As It May Be", and "Brother Arnold's Red & White Striped Tent".  © 1996-2022, Dusty Groove, Inc.

Heron
Dawn/Trading Places (UK), 1970. New Copy Gatefold (reissue)
LP...$28.99
A beautiful batch of British folk tunes from Heron – and a really unique album that was actually recorded outside in a field – which makes for a very different sound! The music might be dubbed "acid folk", but it's got a slightly warmer, slightly redemptive quality – ... LP, Vinyl record album