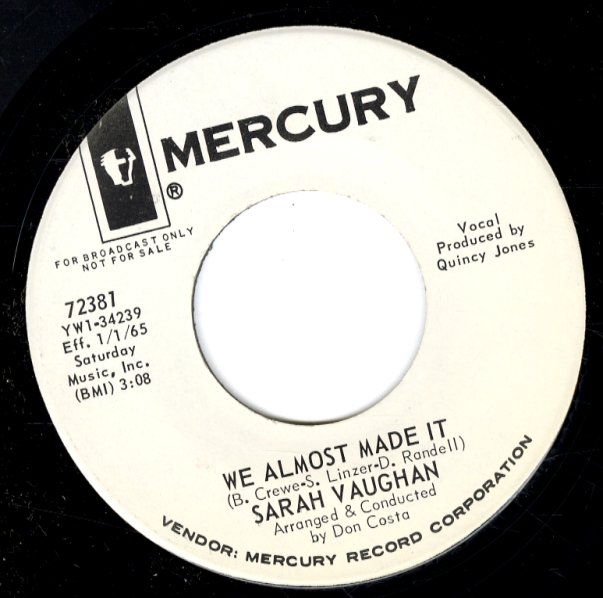 We Almost Made It/The Other Half Of Me

(White label promo. Label on Side B has a small sticker.)

Simply Call It Love/Give Me A Chance
Mercury, Late 60s. Near Mint-
7-inch...$4.99
A real killer from Gene Chandler – one of our favorite tracks by him ever! "Simply Call it Love" is completely sublime – soaring to the skies on wings of classic late 60s Chi-soul production – but also featuring this weird back/forth kind of rhythm that really gives the ... 7-inch, Vinyl record