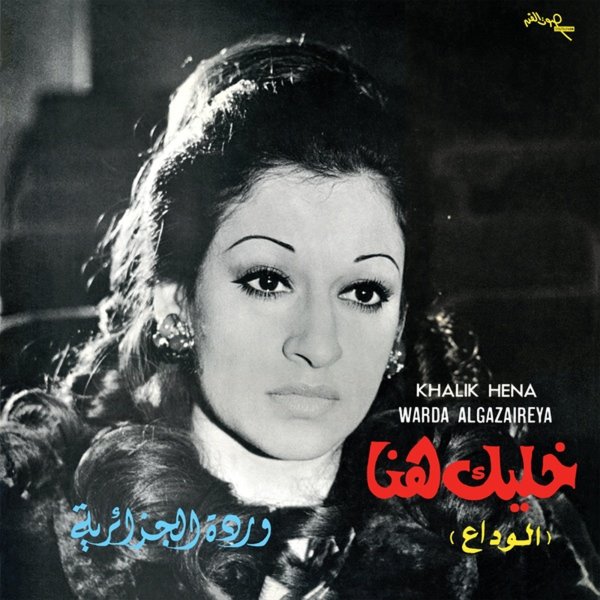 Completely mesmerizing work from singer Warda Algazaireya – a vocalist who presents the lyrics here in Arabic, but only after a wonderfully long build-up from an Egyptian orchestra who blend together a very cool groove with all sorts of beautiful touches on organ, woodwinds, and strings! The sound is beautiful – and once Warda's vocals come in, the whole thing opens up in this tremendous way – as her range is fantastic, and she has a way of stretching out and making her vocals soar at a level that goes way beyond language – almost as if she's a solo instrument with the larger ensemble, taking her time in the spotlight! There's echoes here of some of the 70s work of Salah Ragab, and the record also resonates very well with the reissues we've loved from the Habibi Funk label too – and like those, the whole thing is a key window on a musical world we never would have heard otherwise.  © 1996-2023, Dusty Groove, Inc.

Dakila
CBS/Guerssen (Spain), 1972. New Copy (reissue)
LP...$30.99 34.99 (CD...$17.99)
A near-lost musical treasure from the cultural crossroads of the Bay Area scene in the early 70s – work by a Filipino American group who were big on the scene – and who have a mix of rock, jazz, and Latin elements that's not unlike some of their bigger San Francisco contemporaries! The ... LP, Vinyl record album

Maarifti Feek
Relax In/We Want Sounds (UK), 1984. New Copy (reissue)
LP...$30.99 33.99
One of those records that grabs you right away, even if you can't understand the language – a classic 80s set by Lebanese singer Fairuz, set to superb arrangements that resonate with some of the best European work of the time! Fairuz herself has a voice that's amazing – full of life ... LP, Vinyl record album