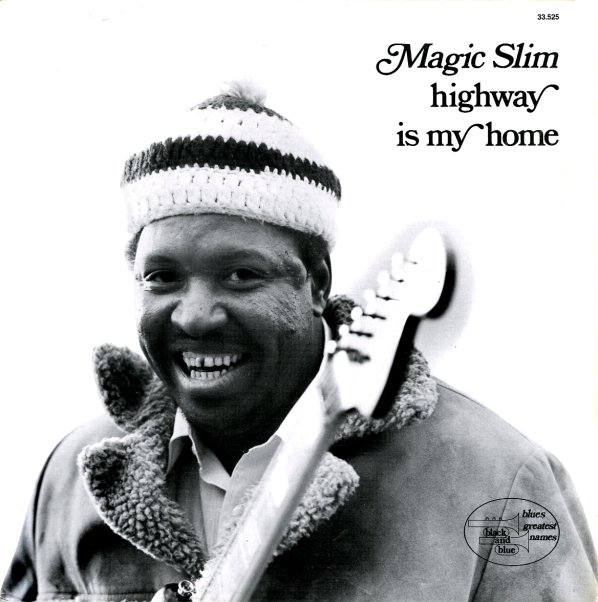 Highway Is My Home (with bonus tracks)

At the time of this set, Magic Slim called Chicago his home – but the title may well be apt, as the set was recorded overseas in the Barclay Studios in Paris, at a time when Slim was hitting the highway to reach a wide global audience with his music! Despite that displacement, though, there's a very rooted vibe to the whole set – a searingly tight quartet performance that features Slim on guitar and vocals, Alabama Junior on second guitar, Nick Holt on bass, and Fred Below on drums – a rock-solid group who are captured here without any trappings at all – just a core focus on the sorts of sounds that Magic Slim would deliver to an intimate crowd back home. Titles include "I Love You Baby", "Living In My Neighborhood", "Highway Is My Home", "I'm Mad", "Tell Me Baby", "Man Or Mouse", and "Country Girl". CD features 3 more bonus tracks from the sessions!  © 1996-2021, Dusty Groove, Inc.