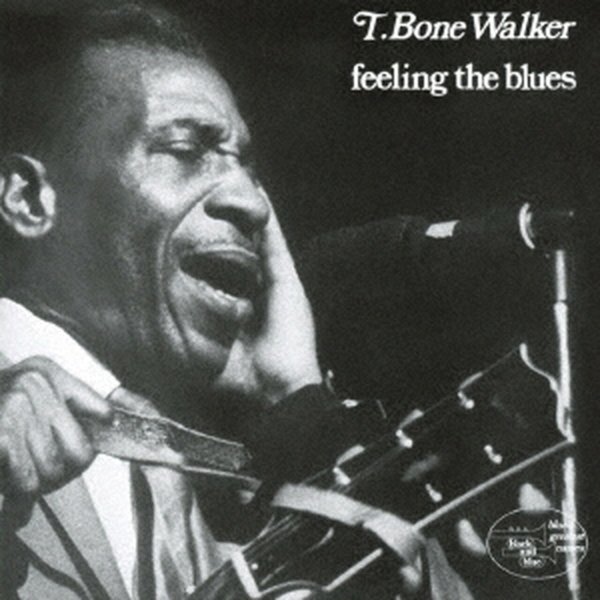 Feeling The Blues (with bonus tracks)

A really unusual setting for the legendary T Bone Walker – one of those fantastic records he made while hanging out on the French scene in the late 60s and early 70s – a time when he was able to work in a crossroads of styles that really opened up his sound! That's definitely the case here – as although Walker is very much his strong self on guitar and vocals, he's backed by a wonderfully unusual group – one that features French jazz legend George Arvanitas on piano, delivering some surprisingly bluesy lines – and which also includes tenor sax from the great Hal Singer, another musician who was really able to bridge worlds on the Parisian scene! George's fantastic bassman Jacky Samson is at the core, helping the groove – and titles include "Leaving You Behind", "I Hate To See You Go", "Ain't That Cold Baby", "Late Blues", and "Someone Is Going To Mistreat You". CD features 6 more bonus tracks too!  © 1996-2021, Dusty Groove, Inc.