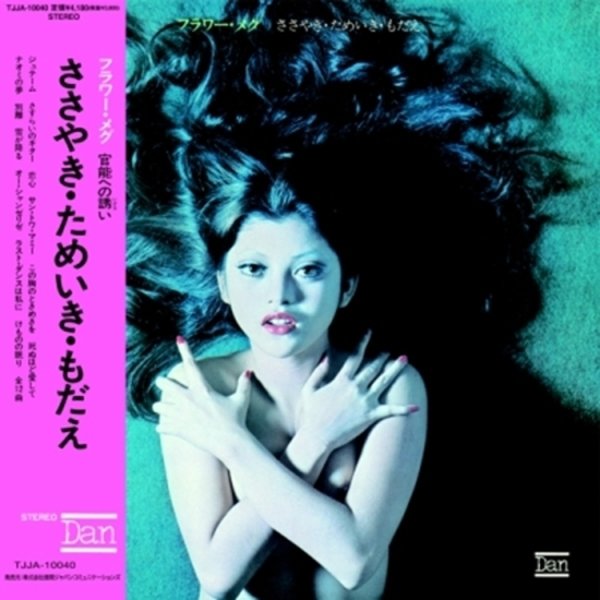 A really cool record from Japanese actress Flower Megu – one that came out at the latter end of the "pin up" years of the scene, in which a lovely face and sexy voice were often more than enough to make a record! That's definitely the case here – as Flower delivers a mix of spoken and sung material, maybe a bit in the territory of Jane Birkin during the same time – but with instrumentation that's a bit more varied. The set actually begins with a version of the classic "Je T'Aime", which Birkin sang with Serge Gainsbourg – and it moves through tunes in a variety of styles, with some light orchestrations, and some more 70s gentle pop modes.  © 1996-2022, Dusty Groove, Inc.
(Great reissue – with heavy gatefold cover, and inside pinup poster too!)