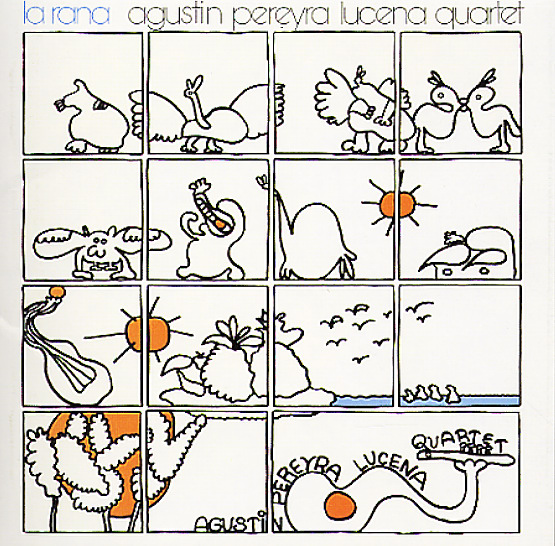 A landmark bit of Brazilian from Europe – and a sweet groover from guitarist Agustin Pereyra Lucena! The set was recorded in Oslo, but it's got the warm sound of a Brazilian jazz set from the time – with Agustin on acoustic guitar and percussion – backed by a quartet that features bass, sax, flute, and piano. The sound's kind of an extension of the Baden Powell groove of the early 70s – but with a deeper, more contemplative approach at times – and Lucena sounds equally great on the mellower tracks as he does on the album's standout groovers! Includes the killer cut "La Rana", a remake of Joao Donato's "The Frog" – plus the tracks "Tema Barroco", "Pra Que Chorar", "3 Horas Da Manha", and "Encuentro De Sombras".  © 1996-2022, Dusty Groove, Inc.

Tempos Futuros
Far Out (UK), 2021. New Copy
LP...$22.99
Fantastic futuristic fusion from Alex Malheiros – best known as the bassist in Azymuth, but equally great here on his own – and in a completely different sort of way! The set's got heavy contributions from keyboardist Daniel Maunick, of Incognito fame – but the record's ... LP, Vinyl record album