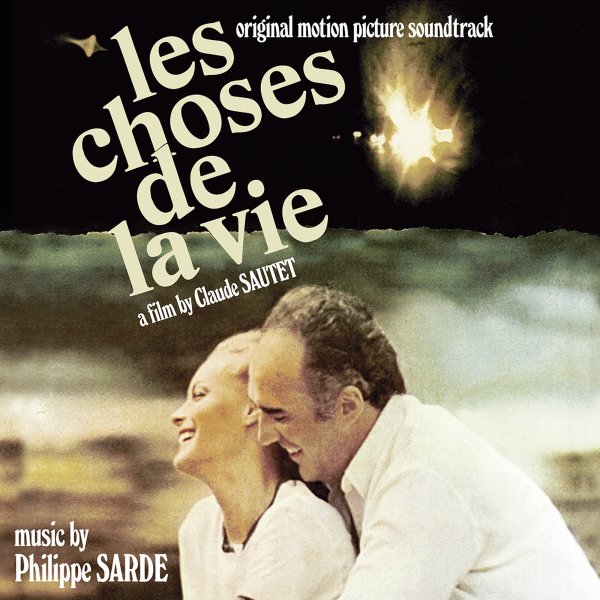 Our favorite album ever from French soundtrack maestro Philippe Sarde – and maybe one of our favorite French soundtracks too! There's a really special quality to this music – as rich as some of Sarde's other scores, but maybe linked more towards the new wave of subtle expression that came about in French cinema after the nouvelle vague – that quality that you might hear in the music of Francis Lai at his most subtle moments, handled perfectly here. Tracks are relatively short – mostly spare variations on a sad, dreamy little melody that's played in the film as the car of the main character slowly crumbles in an accident – a death that begins the movie, which then tells the story backwards! The tune only features swells of strings and piano, but it's compelling enough to hear in a number of variations here – and mixed with a few other great melodies too, including one song sung by the film's stars Michel Piccoli and Romy Schneider. Titles include "L'Accident Ralenti", "Prelude A L'Accident", "La Chanson D'Helene", and "La Mort". Also features a bonus 12 minute suite of work from "Nelly Et Mr Arnaud" – as well as German and Italian versions of the "La Chanson D'Helene", and a 6 minute "La Choses De La Vie" suite.  © 1996-2022, Dusty Groove, Inc.