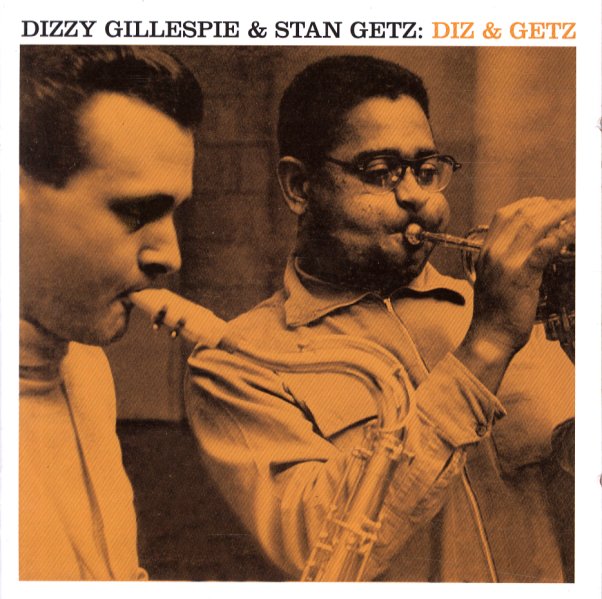 Nicely grooving material – with tracks that are a bit shorter than the usual Verve "celebrity meets celebrity" set, but which are no less well-played. Dizzy is always fantastic in this sort of loosely-crafted setting – and Getz's playing here is nicely relaxed, with more open-ended blowing than you might hear in some of his own sets as a leader. The pair play with backing by the Oscar Peterson trio – on titles that include "Siboney", "Impromptu", "Girl Of My Dreams", and "It Don't Mean A Thing". This CD also comes with 6 bonus tracks recorded live in Seattle in 1956 with Sonny Stitt on alto, John Lewis on piano, Percy Heath on bass, and Connie Kay on drums. The bonus set includes "Groovin' High" "The Nearness Of You", "'Round Midnight", "We'll Be Together Again", and "Shaw 'Nuff".  © 1996-2022, Dusty Groove, Inc.
(Out of print.)

Stan Getz/Bob Brookmeyer – Recorded Fall 1961
Verve, 1961. Used
CD...$8.99
A great lost Verve album that stands as one of Stan Getz's best sessions from the early 60s – a brilliant pairing with Bob Brookmeyer that shows just how much each player had grown in the past decade! There's a strongly modernist feel to the record – more Brookmeyer's influence than ... CD