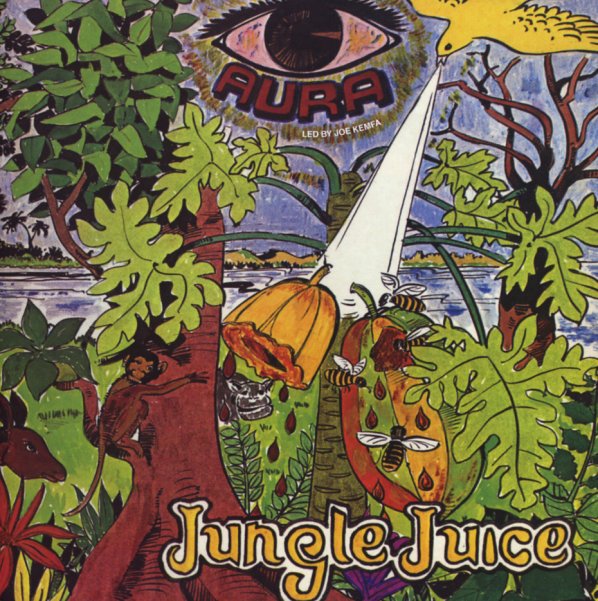 We're not sure what's in this jungle juice, but it's clearly having a great effect on Joe Kemfa – allowing him to move and groove in a really great way – as he leads his group through a sweet later take on the sound of Lagos funk! The album's got a great blend of rhythms and some spacier keyboards – open, electric modes that often run in a direction that's not necessarily dictated by the groove – these spacey washes of sound that are layered in by Tessy Allan – who handles moog, organ, and even a bit of string ensemble keys! Joe himself plays some mighty tight guitar in the rhythms – with a wah-wah vibe that kicks in nicely on the best numbers – and his vocals range from rougher funky soul, to some smoother modes, depending on the tunes. Titles include "Jungle Magic Music", "Jungle Juice", "African Fever", "On My Way", and "I Got To Make It".  © 1996-2021, Dusty Groove, Inc.

Aleke (with bonus tracks)
PMG (Austria), 1980. Used
CD...$11.99
A really unique project from the end of the 70s – a set that takes some of the Afro Funk energy that was bubbling in West Africa during the decade, then mixes it with some funky jazz touches arranged by the great William S Fischer! The mix of cultures comes out perfectly – with no ... CD

Segun Bucknor
PMG (Austria), 1975. Used
CD...$6.99
Seminal sounds from Segun Bucknor – one of the most soulful singers on the Nigerian scene of the 70s, and an artist who can mix funky grooves with some of the deeper currents and moodier themes that you'll hear in Zamrock recordings of the time! The album begins with some excellent upbeat ... CD